About 200,000 years ago glaciers ground their way through southern Sligo on their way to the sea, carving the countryside through which it moved. When the ice receded 10,000 years ago, one of Ireland’s most beautiful and unspoilt areas was revealed, sculpted with valleys and shimmering with lakes. It is also a region rich in tradition and home to some of Ireland’s most famous musicians.

Carrowkeel is a Neolithic passage tomb cemetery in the south of County Sligo, near Boyle, County Roscommon. Circumstantial Carbon 14 dating places the tombs at between 5400 and 5100 years old (3400 to 3100 BC), so that they predate the Pyramids on Egypt’s Giza plateau by 500–800 years. Carrowkeel is set on high ground above Lough Arrow and contains fourteen passage tombs located there. Twelve more passage tombs are located close by, most of which form part of the Keshcorran complex. A particular type of crude pottery found in passage tombs has been titled Carrowkeel Ware, having first been recorded in the Carrowkeel Monuments.

Close to Lough Arrow and just north of Carrowkeel is another, apparently related, giant passage tomb, Heapstown Cairn. This is part of the legendary Moytura, site of battles between the Tuatha Dé Danann, the ancient gods of Ireland, and the demonic Fomorians.

Carrowmore is one of the four major passage tomb complexes in Ireland. It is located at the geographical centre of the Cúil Irra peninsula in County Sligo and 3 km west of Sligo town. This is one of the largest (in terms of number of monuments) complexes of megalithic tombs in Ireland and is also among the oldest used passage tombs, the earliest depositions approximately 3700 BC.

Placed on a small plateau at an altitude of between 36.5 and 59 meters above sea level Carrowmore is the focal point of a prehistoric ritual landscape which is dominated by the mountain of Knocknarea to the west with the great cairn of Miosgán Médhbh on top. To the east is Carns Hill with two large cairns overlooking Lough Gill. 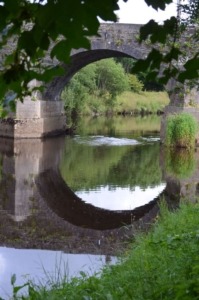 Tubbercurry or Tobercurry is the second-largest town in County Sligo. It lies at the foot of the Ox Mountains, on the N17 national primary road. The earliest mention of Tubbercurry is from 1397 when a battle took place in the town between two O’Connor families, the O’Connor Don from Roscommon and the O’Connors from Sligo town. St. Nathy is the patron saint of the area.

Tubbercurry boasts two of the most popular and successful festivals in the West of Ireland; the South Sligo Summer School of Irish traditional music and the Western Drama Festival held every year. These events attract large numbers of performing artists and cultural tourists from all over the world. There is also an annual Old Fair Day held in Tubbercurry every August. 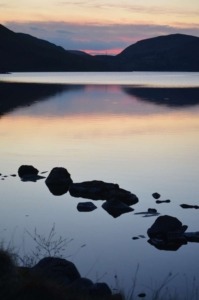 Lough Talt is situated in the heart of the Ox Mountains south Sligo on the road to Ballina.  It is a glacier lake and lies at approximately 500 ft above sea level and measures 67 ft at its deepest point. Its area is nearly 194 acres. The lake is a noted site of picture perfect sunsets on calm evenings, as the sun sinks over “The Windy Gap”.

The Lake is a good source of brown trout. Arctic char are also reported to be still present in the deeper waters of the lake. The trout are free rising and their weight averages about a half pound. The Lough Talt mountain pass is popular among walkers. It has a 6.5 km circuit winding around its shore. It also serves as the starting point for The Sligo Way, a 74 km long linear trail that ends in the village of Dromahair in Leitrim County.

Sligo is the county town of County Sligo. With a population of approximately 20,000 in 2014, it is both the largest urban centre and the regional capital of the northwest of Ireland. Despite its relatively small size, Sligo is an historic, cultural, commercial, industrial, retail and service centre of regional importance. Served by established rail, port and road links, Sligo exerts a significant influence on its hinterland.

Sligo is also a popular tourist destination, being situated in an area of outstanding natural beauty, with many literary and cultural associations.

William Butler Yeats was born in Dublin 150 years ago in 1865. The young Yeats was very active in societies that attempted an Irish literary revival. His plays usually included Irish legends; they also reflect his fascination with mysticism and spiritualism. He was a regular visitor to Sligo and was inspired by its landscape.

After 1910, Yeats’s dramatic art took a sharp turn toward a highly poetical style. Although a convinced patriot, Yeats deplored the hatred and the bigotry of the Nationalist movement, and his poetry is full of moving protests against it. He was appointed to the Irish Senate in 1922. Yeats’ poetry made him one of the outstanding and most influential twentieth-century poets writing in English.

Michael Coleman was born near Killavil in County Sligo in 1891. He competed at the Sligo Feis Ceoil in 1909 and again in 1910. In October 1914, at the age of twenty-three, Coleman sailed to America. Between 1921 and 1936 he recorded roughly eighty records. 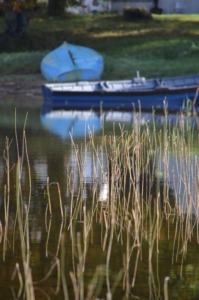 Coleman was the most famous exponent of what is today known as the Sligo fiddle style, which is fast and flamboyant, and heavily ornamented. Coleman became renowned for his extensive melodic variations, and his settings of tunes such as “The Boys of the Lough,” “Bonny Kate” and “Lord Gordon’s Reel”, have become part of the standard Irish fiddle repertoire. Coleman died in New York in 1945 and is buried in St. Raymond’s Cemetery in the Bronx.