The artist, Paul Henry, made the skies here in the west of Ireland famous. From Achill Island, he showed our skies as a curiosity for outsiders and a source of pride for those of us who live here. Despite our less than perfect climate, the skies are a compensation.

In the 1920s and 1930s Henry was Ireland’s best known artist, one who had a considerable influence on the popular image of the west of Ireland. Although he seems to have ceased experimenting with his technique after he left Achill and his range is limited, he created a large body of fine images whose familiarity is a testament to its influence. 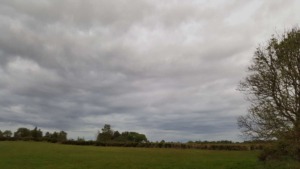 The lack of high mountains and the influence of the Atlantic Ocean are undoubted factors in the ever-changing displays of mood and colour. No two days are the same and indeed, at times, no two hours are the same. The old saying that you can experience all four seasons in the same day is true for sure. Despite the unprecedented nice weather of the past six weeks, or maybe because of it, the skies over Sligo did not disappoint. Morning and evening skies had a kind of magic about them that we seldom experience. There was talk of Sahara dust, chilly influences from northern climes and Europe (both unusual) and maybe this coloured things more than a little.

Whatever the reason, the spring of 2019 was a season of bright days and some spectacular skies – a feast for the eyes. However, any season provides skies to marvel upon and so we recommend a visit with camera or artist’s brush year round.

Landscape and Portraits
Scroll to top